​"Whether Ms. Steele is doing comedy or singing, teaching or performing, her personality literally jumps off the stage and grabs you. Better watch out........here comes STACEY STEELE!"

Stacey Steele has been entertaining crowds as a singer, actress and comic for over 20 years and simply belongs on the stage. Stacey performs in many different settings, with experience in everything from character acting and drama to comedy and improv, and from hosting fashion, award and radio shows to being a pageant queen and expert fitness instructor.​

Stacey has toured the United States with various bands, traveled internationally with Sweet Adelines where she performed with the choir, as a soloist and in an award winning quartet. You can catch Stacey doing her Broadway review, Stacey Steele Live, for South Florida audiences with her father,

In 2013, Stacey was named Mrs. Greenacres in the US Continental Pageant and although she did not win the Mrs. United States Title, she did receive both the Mrs. Congeniality and Audience Choice awards. The following year, Stacey was selected as Mrs. New York Petite 2014 to represent her state in the USA Petite Pageant. She took home third runner up and the director's Spirit Award. Stacey  competed in beauty and fitness pageants to promote her platform SoberFit, a non profit organization helping adolescents with mental health and drug addiction issues.

Eleven years ago, Ms. Steele added stand-up comedy to her resume. After years of hosting for a plethora of comedy shows, fashion events, radio and various live events, Stacey now takes her stand-up on the road with her partners in crime, the adorable ESAs, Aria and Picasso the Hedgehogs!

Stacey can be seen regularly at her home club,

Laugh In Comedy Cafe in Fort Myers,Vasani Comedy Theater in Port Charlotte, Howl Tattoo & Art Gallery, a warm and fuzzy tattoo parlor gone rogue with comedy and metal shows, among other places around South Florida and in the US.

Stacey also runs SteeleHog Productions, a company raising awareness about mental health, drug addiction and the importance of Emotional Support Animals (hedgehogs in particular). They produce several comedy shows on the west coast of Florida, including "Wednesdays in Wonderland" at the White Rabbit Saloon in Port Charlotte and "Twisted Comedy" at the Twisted Fork/Bert's Black Widow Harley Davidson in Port Charlotte.

Stacey is the recipient of the

Comedian of the Year from Wo/Men in the Arts, USA!

Ms. Steele can be seen in many different web series, short movies, and several feature films. However, Stacey went back to her New York theater roots by touring the United States with various off-Broadway shows including the Jackie Mason Musical, the WiseGuy Kitchen and her own one woman show, Stacey Steele Live.

Stacey is the true definition of a Renaissance Woman; she loves to perform, but has moved up the ladder on the production side of film taking on many different roles, including being the UPM for Concord Films, Dream Killer, and several other feature films shot in beautiful South Florida. Stacey has received awards as a director, producer,  co-creator and writer of several shorts, webseries and feature films. You can see more on IMDb.

Stay tuned for all her newest projects and tour dates...

Get into shape with fitness expert, Stacey Steele! Stacey specializes in seniors, but works with all ages, fitness levels, shapes and sizes. To get your body moving or to simply enhance your health, contact stacey@staceysteele.com. 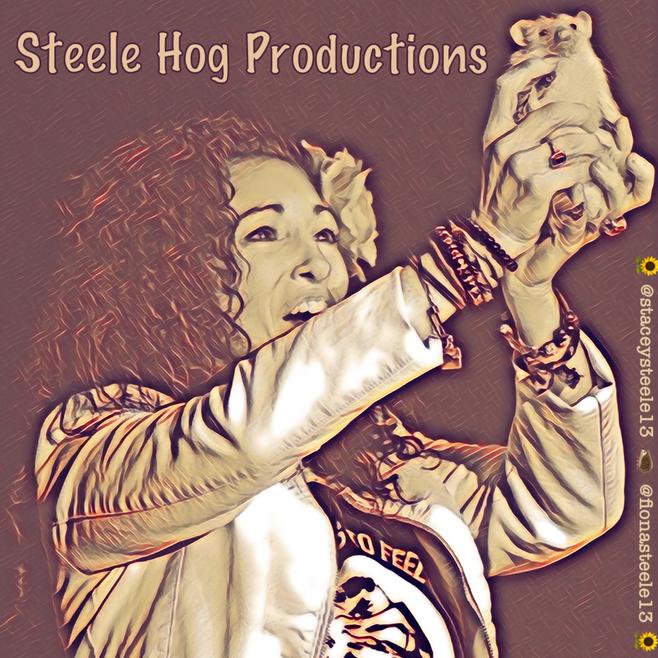 Stacey has been performing on stage since the ripe old age of five. She sings for crowds from 20 - 20,000 over the years and also does shows with her father, the Virtuoso, Sammy Weber. For booking or further info, visit www.watchashow.com. 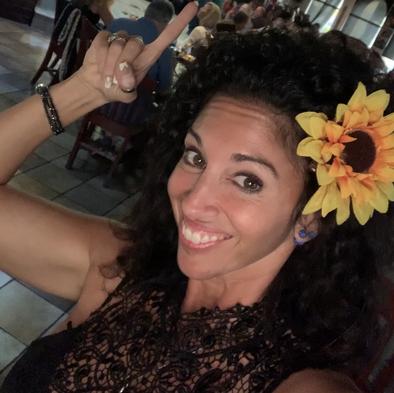 Stacey is now a Fathead!

From our family to yours,

we wish you all the success in the world! Dream BIG!

Ms. Steele has worked on several web series, short movies and feature films. You can see her body of work on www.imdb.me/staceysteele. For booking, auditions or further info, email stacey@staceysteele.com.

Stacey does clean, corporate comedy shows as well as specialized performances for any occasion. She performs her energetic song parodies while playing guitar and belting out her original, quirky lyrics at comedy clubs, colleges and other locales all over the United States. Stacey can write material specific to your event and keeps her chops up by writing at least one new song each month to share with her fans.  She is also a "Hedge-U-Cator", teaching people the importance of ESA's to support those with mental health and drug addiction issues. For booking or further info, email stacey@staceysteele.com.